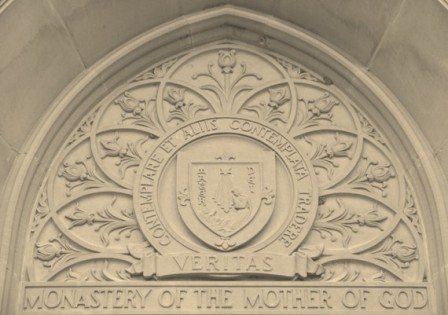 The Year of Saint Joseph

Our community has always had a special devotion to Saint Joseph, perhaps because some of our early sisters had attended schools taught by the Sisters of St. Joseph. Visitors to our chapel also seem to have a special devotion to him as indicated by the many vigils lighted near his statue. So we are delighted with both the icon and with this special year of grace.

A suggested prayer, the Memorare to Saint Joseph:

Remember, O amiable and powerful protector, Saint Joseph, that according to the testimony of your devoted servant, Saint Teresa, no one ever implored your intercession with devotion and confidence without obtaining relief. Animated by this sweet and consoling hope, I come to you, O worthy spouse of the Virgin of virgins and at your feet I seek for refuge and protection. O you, who have borne the glorious title of father of Jesus! Reject not my humble prayer, but hear it favorably and present it for me to Him Who disdained not to be called your son and who will not refuse your petition. Amen.